Launch of the TEBD Project in İstanbul 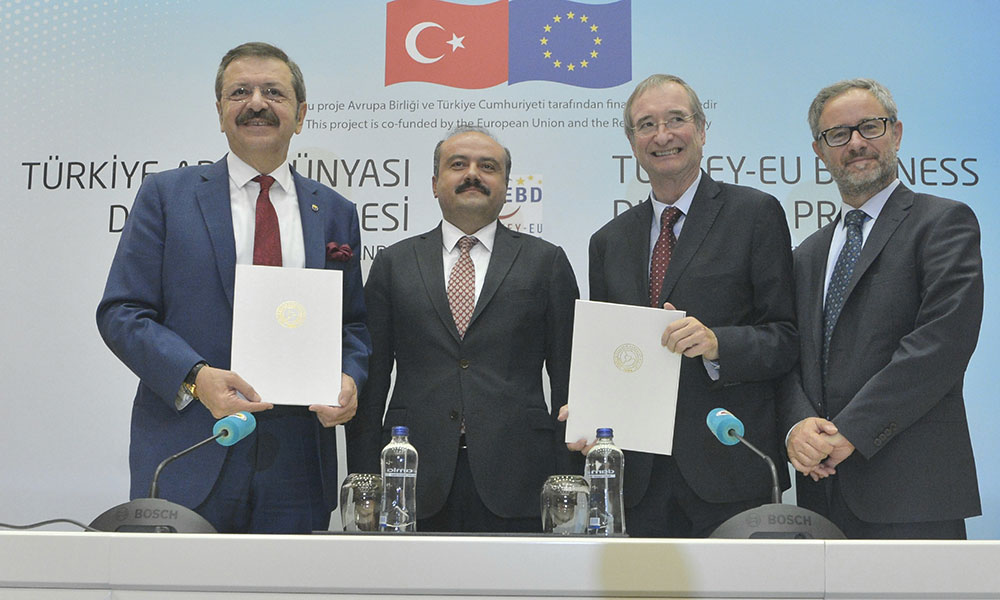 Launch of the TEBD Project in İstanbul

EUROCHAMBRES, the Association of European Chambers of Commerce and Industry, launched on September 7, 2018 a new programme called “Turkey – EU Business Dialogue (TEBD)” to promote the integration of EU and Turkish business communities and ensure a stronger awareness of the business opportunities between Turkey and the European Union.

The objective of the TEBD programme is to strengthen mutual understanding and cooperation between the Turkish and the European private sectors. During the next 30 months, European and Turkish Chambers of Commerce and Industry will engage in over 100 activities, including Chamber twinnings, capacity building, company surveys, and more.

EUROCHAMBRES will manage the TEBD project in close cooperation of TOBB, with a total budget of € 5 million. The project is funded by the European Union IPA II programme, and contracted through the CFCU in Ankara. This project follows the successful completion of the previous projects, as the EU-Turkey Chambers Forum – ETCF (2007-2013) and Turkish Chambers Development Programme – TCDP (2001-2005).