“Knowledge is Power” is a project that has been developed and implemented by Edirne Commodity Exchange (Turkey) in partnership with Yambol Chamber of Commerce and Industry (Bulgaria). It is one of 19 Chamber Partnership projects which is being supported by the European Union in the framework of TEBD.

As good neighbours do, Turkey and Bulgaria share many things, such as the same goal: to strengthen mutual knowledge and understanding between Turkish Chambers and their counterparts in the EU. This project promoted the integration of European and Turkish business communities, as well as ensuring a stronger awareness of the opportunities and challenges of Turkey’s future accession to the EU by sharing know-how, experience and knowledge flowing like the Tundzha and Maritza rivers throughout the history of both countries.

The project began in April 2019, with an opening press conference on the 29th of May in Edirne, where Edirne Commodity Exchange (Edirne CE) and Yambol Chamber of Commerce and Industry (Yambol CCI) discussed their common activities and vision for the wellbeing of the region. Between August and September 2019 both chambers stayed in touch, constantly learning from each other through activities such as training programmes and sessions for 16 women members from both organizations. The aim was to acquire a better knowledge of management and communication skills, effective ways to express their ideas better in business world and sharing know-how between two parities which will play an important and sustainable role in the Edirne region regarding the EU accession period of Turkey. Additionally, five specialists from Edirne CE trained for 30 hours on several inclusive EU legislations, foreign trade, and international fairs which were given by lecturers from Bulgaria as an EU member state. The capacity of Turkish Chamber Specialists improved by gaining meaningful knowledge and experience, necessary in order to lead Edirne CE’s members who want to do import/export. Moreover, during this period a very comprehensive on-sight survey was conducted to assess the levels of knowledge and interest on foreign trade of the 412 active members of Edirne CE. The survey resulted in an inclusive report, which increased the awareness of the stakeholders and public about project, and the TEBD Grant Programme in the region. 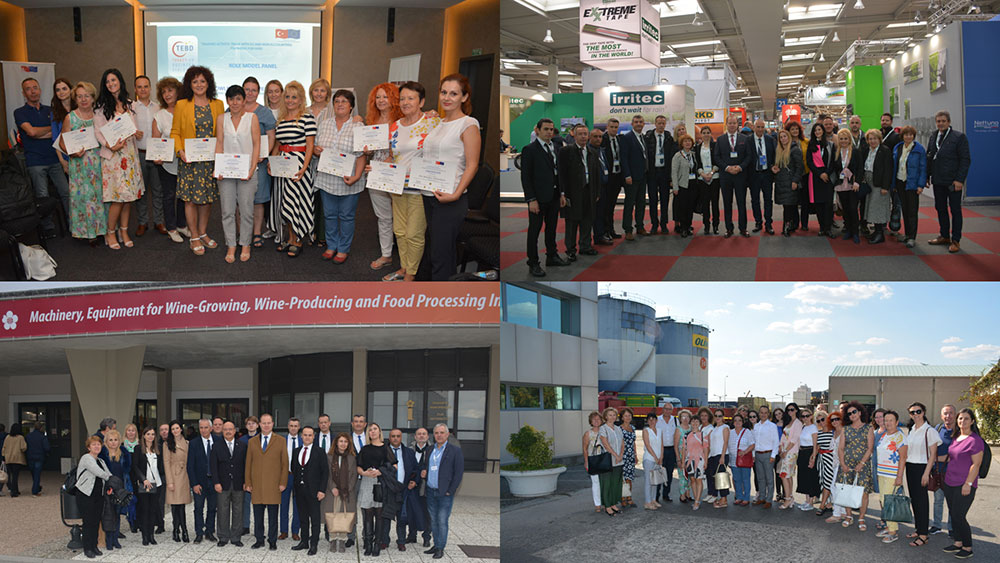 After completing the trainings, Study Visits were organized accordingly. In September 2019 a daily visit was organized to an import-export company in Edirne. In November 2019, a three-day study visit was organized to Hannover Chamber of Commerce and Industry, and to the biggest agriculture and agricultural machinery fair in the world – the Agritechnica Fair in Hannover-Messe, Germany. In February 2020, a two-day study visit was organized to Plovdiv Chamber of Commerce and Industry and AGRA Fair in Plovdiv, Bulgaria. All of those fair and Chamber visits resulted in meeting private companies, and additional opportunities to create synergy among Chambers, Commodity Exchanges, CSOs and private companies.

An additional outcome of the project was a collective Database Booklet of the members of both project partners who were dealing with the same business areas. Ensuring a solid, reliable and an encyclopaedic source of knowledge, this database enhanced the capacity and role of Edirne CE in the EU accession process by improving cooperation and establishing network with EU member states during Study Visits. 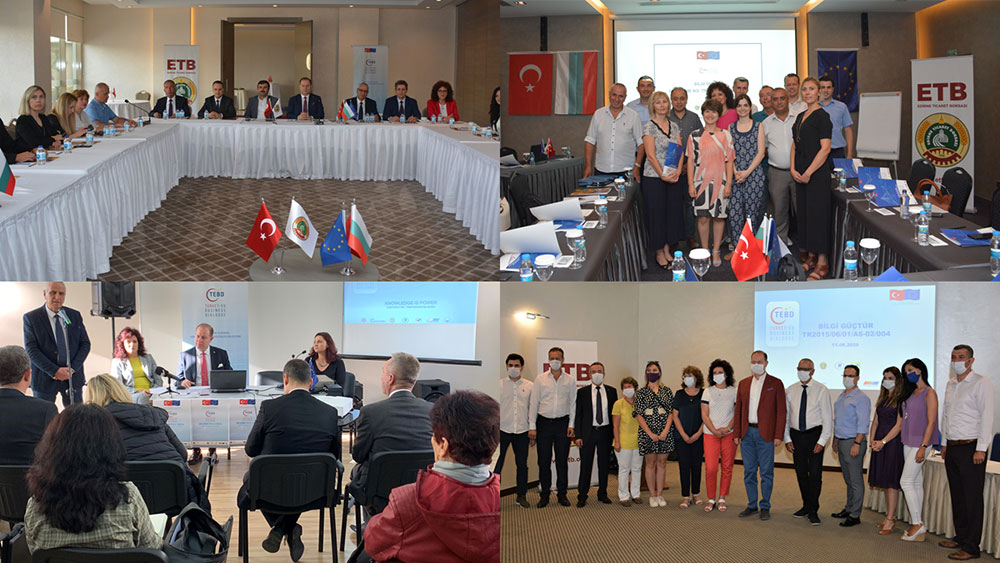 Despite the hardships of the Covid-19 pandemic, by the end of the project, both partners gained an important experience on European Union grant project implementation; from April 2019 all the way to its end on August 2020, this projects’ legacy is an ongoing, solid relationship between two neighbouring countries.

If your #business has relations with #Turkey, click below & fill in the TEBD SME Survey.

Available in all #EU languages.

Tell us about your experience
➡http://bit.ly/TEBDSMESurveys

The #TEBD wants to gather information on the EU-Turkey #business relations. If you are an #SME & you are collaborating with #Turkish business, fill in our #survey & tell us about your experience.

Goodbye to all of our participants, #speakers, & #partners involved in this #TEBD Chamber Academy edition.

We hope you enjoyed it as much as we did! See you at the next #TEBD Chamber Academy.

Finishing up with our last course of the #TEBD Chamber Academy: "How to Expand your Network and Find Partners" with Philippe Meyer from #EcoleBersot as 🔑speaker of the course

After an intensive day at the #TEBD Chamber Academy, our participants have had the time to enjoy a #fieldtrip around #Jerez as well as the visit to the @RealEscuela & @Gonzalez_Byass.

Today's last courses of the day at the #TEBD Chamber Academy: "Trade and Investment" with Rafael Hoyuela Lopez from @camarascomercio & "Circular Economy" with @lucaselva from #ianusGroup

The #TEBD team wants to provide a comprehensive assessment of EU-Turkey business relations.
If your #business has relations with #Turkey, click below & fill in the TEBD SME Survey. Tell us all about your experiences.
➡http://bit.ly/TEBDSMESurveys